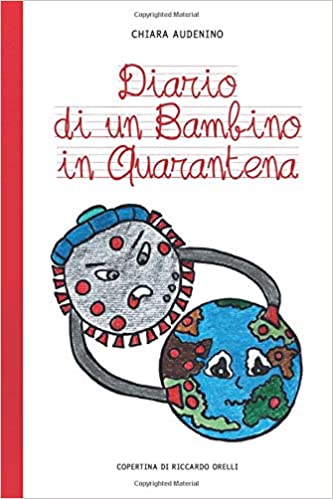 The “Diary of a child under quarantine” written by Chiara Audenino was born on May 19, 2020 at 9:56. What is the story about? In March 2020, Italy shut down all the schools trying to stop the spread of a dangerous virus. Kids were first happy, but then they started to feel discomfort and several emotions sparked by the fact they could not see their friends and had to spend much more time with family together. The implementation of new rules has exposed their fragility and their moods, changing them as described in the history born in  pandemic time. 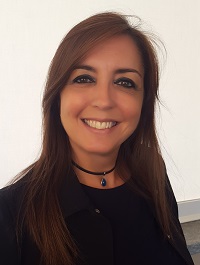 We interviewed the author to understand how the idea of the book was born: “I saw in my 9-year-old child, Riccardo, attitudes I had not detected before and also a sort of discomfort for the deprivation of freedom. The idea of the diary was born from a chat with a friend of mine, a primary school teacher, who told me she needed a book to detect the moods of the children, because she noticed they were behaving in a new way. So, I thought I would write a diary in which a nine-year-old boy tells his days. A child who initially hates writing and eventually finds out that writing is a therapy to get through difficulties”.

The cover of his son Riccardo portrays the pandemic picture in a “nice” way. Is the approach the same one you used in the book?

Yes, Riccardo and I made the drawings. I really wanted them to be those of a child. My son made the cover featuring an ice pack cooling the earth heated by the virus. The diary is a light reading because speaks about daily life, but is also profound, because it tells the moods of this child who found himself living feelings he had never experienced before. He was interested in everyday life, he listened to the news and understood who Prime Minister Conte was and always wanted to stay up to dated watching the live speeches of him”.

What aspects of a different everyday life the Diary of a child in quarantine focus on?

Two aspects in particular: distance learning and staying with family. The first one was a great novelty and, at the same time, a very annoying thing when network problems occurred. Regarding the second aspect, instead, in normal life the family gathered often but shared little, while now they found themselves spending much more time together, making cakes, pizza and playing board games”.

The main character of the child book is Tommy, a 9 year old boy, like his son Riccardo. What made you choice not to call the protagonist of the book in the same way?

Because I could not say it was an entirely autobiographical piece and because I tell the stories of other families in the book. Some episodes really happened, like the one speaking of the son’s graduation of a friend of mine, while others are fruits of my imagination. Tommaso is the baby’s name of a dear friend of mine, born at the end of the lockdown.

Which other people of your family were involved in the realization of the book?

My daughter, Victoria, cared for the editing of the video presentation of the book; my husband for technicalities while my oldest son, Lorenzo, chose the format of the diary. It was a good moment because it brought us together even more: it was a real family diary. A special thanks also to the graphic designer Vito jr Battista – Art Director, owner of Instant Creativity, for the valuable contribution and for the speed on the realization of the diary. Without him I would not have been able to make this book in such a short time and with such a beautiful graphics”.

Leaving some blank pages at the bottom of the book you made an unusual choice. Why did you?

I thought my book was meant for schools as a book to read on holidays. On blank page every child can write his own history and keep it as a memory to be passed on his own nephew. I left an email address as well, because I would love to get those stories and drawings to make a second diary wholly written by them.

Is the book directed to Tommy’s peers or to their parents?

People who read it say the diary is not only for children but for adult as well. The book recalls back all the basic facts we have been through with the lightness of a child’s words. All the adult who read it have fallen in love with it, while children were positively affected. I do hope this book can go very far.

“It has certainly had a lot of impact, because we can no longer behave as before. For example, my son has always showed his affection through kisses and hugs, but he will be forced to use other ways to communicate it. Like the child in the diary, he will find solutions: if it is not a gesture, will be words”.

Regarding strengths, we more appreciated things we could do before, those denied, such as meeting friends and staying in a reunited family. Although the main character in the diary used to do a lot of things, in the quarantine he did not miss them so much. This period of reflection did him good and forced him to discover new activities, such as writing. The main weaknesses the pandemic brought into children’s lives were the mistrust of being together and the critical issues of the distance teaching, which involves a greater difficulty in concentration for long term. In general there were more strengths than weaknesses: we realized that, running like cheetahs, we missed landscapes, and now, going like snails, we catch sight of flowers grew up on the balcony.

Why did you choose EasyReading Font – Dislexia Friendly?

Now, I use only this font. In my books inclusion comes first and I wish this font were used in textbooks: why look separately at dyslexic people?

You used our font previously. What feedback did you get and what drove you to choose it again?

I got only positive feedback: by both children with reading difficulties and children who are not inclined to read, because this font makes you wanna read. Never thought of using another one.