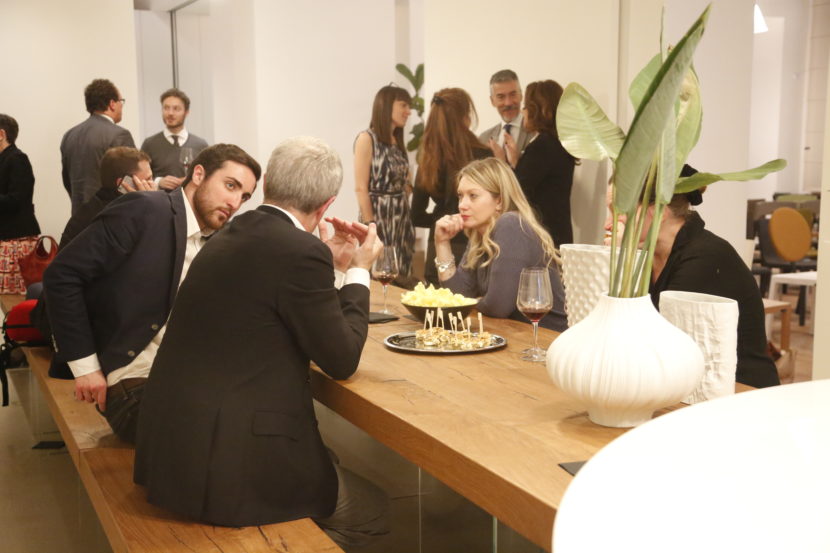 EasyReading in Milan to talk about a new approach towards life, an approach that calls for the will rather than the ability to choose.

OLTRE IL CONFINE (BEYOND BORDERS) is the theme of the 30th Turin International Book Fair (the history of Italian book exhibitions linked to the world of publishing), which this year shares the scene with Milan (a novelty in the Italian panorama) and its 1st edition (Tempo di libri). We did not want to do politics, even though it might appear so by looking at Gipi’s beautiful poster for the Piedmont edition, which will also include EasyReading amongst the main players, and we did not want to talk about books, or at least not just books, but the event, organized by EasyReading, saw its beginnings and its completion right across the two exhibitions.

The goal of the evening was to create a round table with which we would try to cut into topics that have never been as current as they are now.

We talked of inclusivity, diversity as added value, of design that goes beyond the simple object, or typographic character. We tried to understand why such “simple” life lessons seem to have left nothing to the new generations and from here we came round to talking about the current social transformations and about the quality of life, which ought to be sought in the simplicity of brave choices which should be made. We entered the beaten paths, already opened by others, to come off them in favour of new ones, that progress forward, and of the contaminations that can enrich common knowledge.

To be politically correct is not a crime, but one fears to do so openly. It requires a well-defined opinion, a social attitude of extreme care for respect, hence avoiding offence towards specific categories of people. The focus of the evening was just this new approach towards life, an approach that calls for the will rather than the ability to choose. Where to invest, what to produce, publish, distribute, finance, sponsor.

The meeting was moderated by the journalist and writer Sara Ficocelli. Since 2007, she has been collaborating with Repubblica and other major publications of the Espresso Group. She was awarded the Sodalitas Prize and the Paidoss award for her investigations on women and welfare and child prostitution, and a special mention at the Tonino Carino prize for a reportage on Australia.

Guests who took part at the evening: