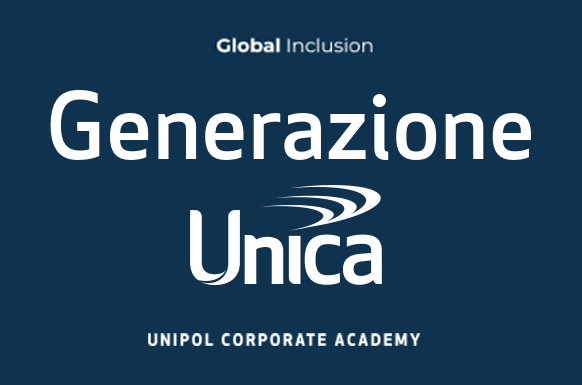 EasyReading font has been chosen for the third edition of “Generazione Unica” named “Inklusion. Impara l’arte e… NON metterla da parte” (Inklusion. Learn the art and…do not save it) designed and realized by Unipol Corporate Academy

On Generazioneunica.it users who wants to get informed and take part of the event can find all the information they need on the initiative in general and on this year’s edition which will be held live streaming at sixteenth-century Villa Boncompagni alla Cicogna (S. Lazzaro di Savena – Bologna), of the Unipol Corporate Academy headquarter, on 9 Novembre from 10 a.m. to 16 a.m.

If the the first edition’s choice was to deal with topics such as inclusion, equal rights and opportunities from young people to young people, this year “Generazione Unica” has chosen to focus, specifically, on the theme of the art seen through the lens of the inclusion, and the adoption of the inclusive font par excellence on the digital channel leans in that direction.

“Getting known that such a prestigious company has chosen to use our font for a project speaking the same language we do can only give us hope for the future”, said Marco Canali, Easyreading Multimedia admin. “Although there is much more focus on inclusion than in the past, we believe it is still not enough. Our hope is, in fact, that we will reach soon a point where subjects with DSA will be no longer hindered in any way”.

In the 2021 edition, the so debated theme of inclusion, will be discuss in parallel to many important topics such as movies, music, theater, comics, art, dance and fashion. Last, but not least, will be the role played by prejudice and tools and by the best practices to be more inclusive.

Easyreading continues its path towards a complete inclusion, in this case collaborating with a partner that means to do the same in its field.