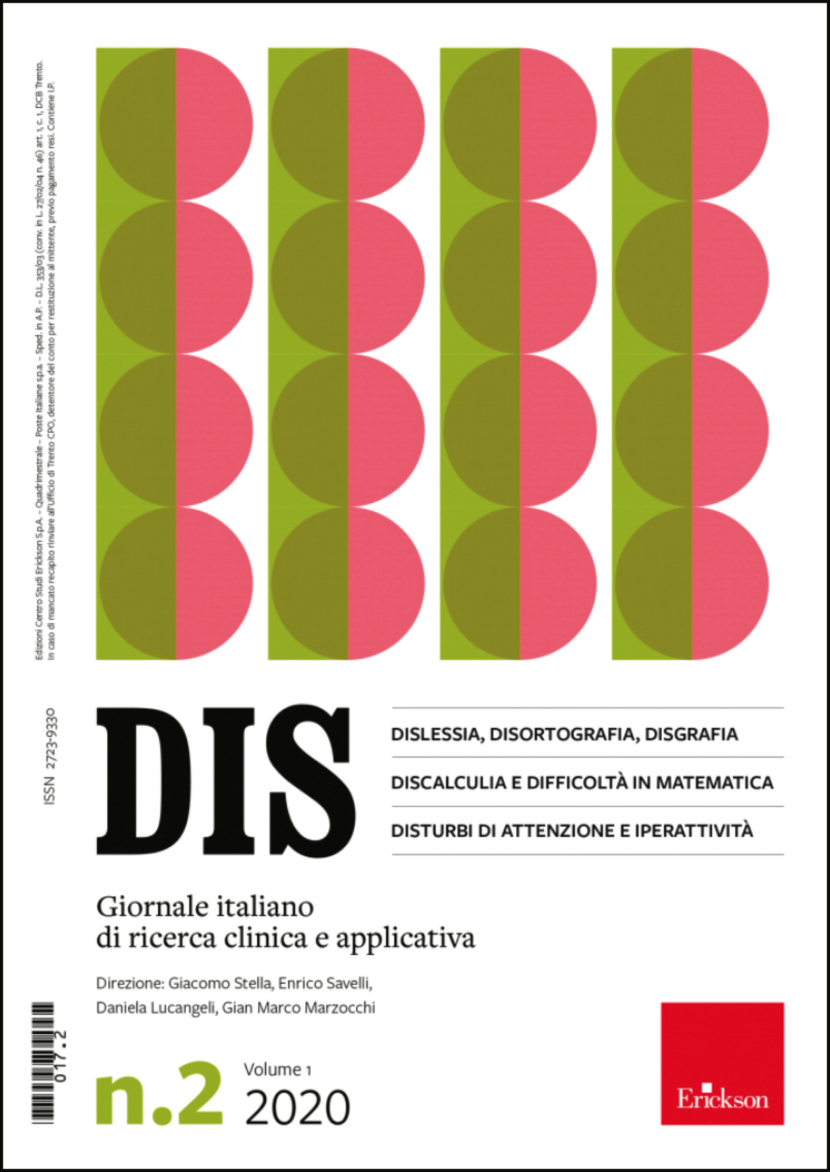 In may 2020, on the n.2 volume 1 of the “DIS. Giornale italiano di ricerca clinica e applicativa” (DIS. Italian Journal of clinical and applicable research) magazine, by Erickson, a scientific research titled ‘Confronto delle prestazioni di lettura di testi in Times New Roman e in EasyReading in soggetti con DSA e DA’ (‘Comparison between reading performance of texts in Times New Roman and EasyReading in subjects with DSA and DA’) has been published. The results underlined an improvement in those who used our font and so we decided to examine in depth the subject with the two speech therapists who carried out the research: Laura Maria Castagna and Valentina Mengoni.

Good morning Mrs Maria and Mrs Valentina, what do you do and what is the context you work within?

“We are both speech therapists: doctor Mengoni at the Institute Santo Stefano rehabilitation center in Macerata while I – doctor Castagna- am the Vice President of the Speech therapists’ Register of Ancona, Macerata, Fermo e Ascoli Piceno”.

How often do you deal with people affected by learning disabilities? How do you approach them and what are the key points of your therapy?

“We both had and still have, in analysis and treatment, many children and teenagers with DSA and DA. The key points of the DSA and DA therapy, in addition to speech therapy, are the “compensatory tools” having the same function glasses have for those who suffer vision lacks. They were envisioned by the Consensus Conference which took place at the National Institute of Health in 2010 and was attended by the scientific companies of all specialists involved in the DA and DSA therapy”.

When and why have you chosen to carry out a research about EasyReading font?

“We opted for this path under the Degree Course in Speech Therapy at the Polytechnic University of Marche in Ancona where I was Director, for the synergy between me – Laura Maria Castagna – and Prof. Laura Fiorini, engineer. Among the compensatory tools I mentioned before which facilitate the reading there is also this font and so, given the need to have more scientific data in this regard in order to collect evidences and support more treatments, we decided to start this research”.

What sample have you taken into consideration and how did you organize the research?

“The sample included 14 individuals between 7 and 11 – with an average age of 9,2 – with diagnosis of Specific Learning Disorder and Developmental Disorders of unspecified school skills issued by the multidisciplinary team of the Santo Stefano Institute of Civitanova and Filottrano. The whole sample was given reading tests (an excerpt, four lists of words and three lists of non-words) written with Times New Roman font and, a month later, with the high legibility EasyReading font”.

Why did you choose Times New Roman like a “comparison font”?

“Because, while consulting the little scientific literature on the subject, we saw that it was already been studied and very common”.

What are the final results of the research? Your consideration.

“The research outcomes were very encouraging. By evaluating the speed and correctness parameters in the excerpt and in the word list, we found a statistically significant improvement in both. The average increase was 0.43 syllables/sec in the excerpt and 0.36 in the words. This is greater than the estimated annual improvement in 0.3 syllables/sec and can ease text decoding by improving performance in people with reading difficulties”.

How useful do you think EasyReading font could be in the treatment of a person with these peculiarities?

“Improving reading performances is an outcome requiring many years of therapeutic efforts. This is why such a result is a great news for us, for people with difficulties, for their family and for schools”.

Do you think EasyReading should be used in some specific contexts to facilitate the reading? If so, where?

“We believe, first of all, that repeating the trial on a wider sample and on children with skillfully reading would be useful. Expanding it to aged people which often read no more or very little would be very interesting as well. The research is full of starting points, but making it happened is very complicated due both to the lack of participation of the school which feels outsider staff too much invasive and to the parents who struggle to approve their children involvement. There is also a problem of a shortage of funds, but we trust the fact that, once the pandemic is over, we can begin again”.