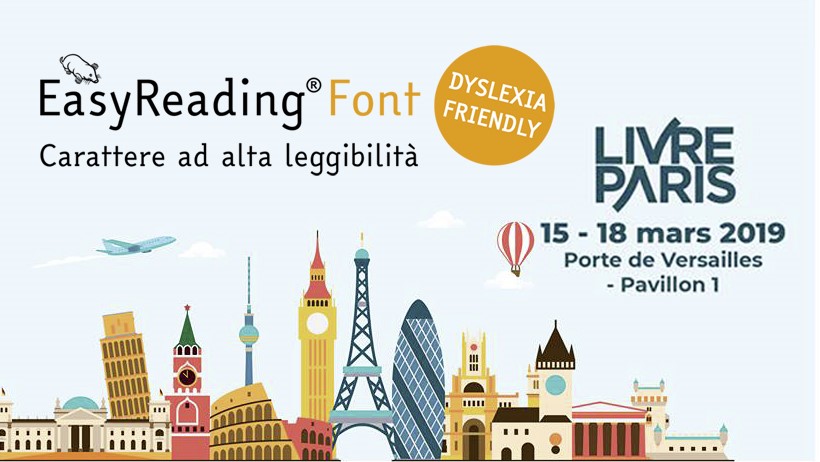 TheParis Book Fair, as well as Turin’s, where EasyReading has always exhibited, is one of the most important cultural events at the European level. Every year, in the Porte de Versailles exhibition centre, in an area of over 55,000 m², the Book Fair takes place, gathering over 1200 exhibitors, 75 programmes and 170 events. As is true for every noteworthy book fair, there will surely be grandstands for the authors, but this edition will differ from previous ones because of a deliberate choice by the organisers: no single hosted country will be in the spotlight, but rather Europe as a whole with its vivid and complex nature, solely for the purpose of “promoting a free exchange of ideas” as stated by Vincent Montagne, president of SNE (“Syndicat national de l’édition”, the French Publishers Association, ed.), during the press conference of this year’s presentation, at the Hotel Barbet de Jouy. The “centre stage” position, so to say, will be held by the readers.

This year, for the first time, there will also be Easyreading Multimedia S.r.l., which promotes the virtues of its font worldwide and, after Turin’s Book Fair, is aiming at the French event (www.salondulivreparis.com) to pursue its expansion on foreign markets, given its consolidation on the Italian one.

Once again the typeface, conceived by the designer Federico Alfonsetti and able to overcome the reading hurdles for people affected by dyslexia, shall be in the spotlight. It is a hybrid font, with an essential design, because it has both serif and sans-serif letters. It supports all languages that use the Latin and the Cyrillic alphabets and it was designed to help dyslexics read faster and with less difficulty. An independent scientific research (published on the scientific journal “Dislessia. Giornale italiano di ricerca clinica e applicativa”) confirms that EasyReading is a valid compensatory instrument for readers with dyslexia and a facilitating font for readers of all kinds.

Just a few weeks prior to the début at the event, we had a chat with Uberto Cardellini, an internationalisation consultant for Italian enterprises, and particularly for EasyReading.

Why is EasyReading going to Paris?

«Simply because we believe we have reached a stage in which we need to look around, and tangibly push beyond our national borders. We would like the whole world to discover and to understand the real potential of our typeface. We have chosen France before other contexts because we have had a positive feedback from the sector’s French publishers and magazines. One of our clients, the publisher Flammarion Jeunesse, is exhibiting at the Fair, so what better occasion to meet at their place?».

In terms of expansion, in which direction are you heading?

«If it were up to us, we would go North, then South, and then immediately after both East and West. But it takes time, and we need specific and detailed plans together with a set of shared views. We are aiming for foreign publishers and we want to expand on the electronic device producers’ market. In an ideal scenario, that is!».

Apart from the Italian one, which is your reference market?

«Besides Malta, our main reference market at the moment is obviously France. We would clearly like to show our best, even to all those countries using Cyrillic, since our new version of the font now contains 276 glyphs (petters, numbers, accents, symbols, punctuation) and also includes letters from archaic Cyrillic. It covers the Slavic languages (Russian, Ukrainian, Byelorussian, Bulgarian, Macedonian, Serb, Ruthenian, Bosnian and Montenegrin) and the non Slavic languages spoken in some ex-Soviet republics and in today’s Russian Federation. Consider that when referring to Cyrillic, we are in other words dealing with Europe’s third official alphabet and that there are 167 million people whose mother tongue uses Cyrillic. Roughly 254 million people use it and it is the official alphabet in 13 nations.

Book Exhibitions and Fairs Do they still have a purpose and are they useful?

«Personally, I read a great deal and so do the people around me. Book exhibitions and fairs are more useful now than ever. Maybe the books that are going to be read are questionable, and perhaps the golden age of crime novels will endure, or the eBook market will continue to grow, but people are reading».