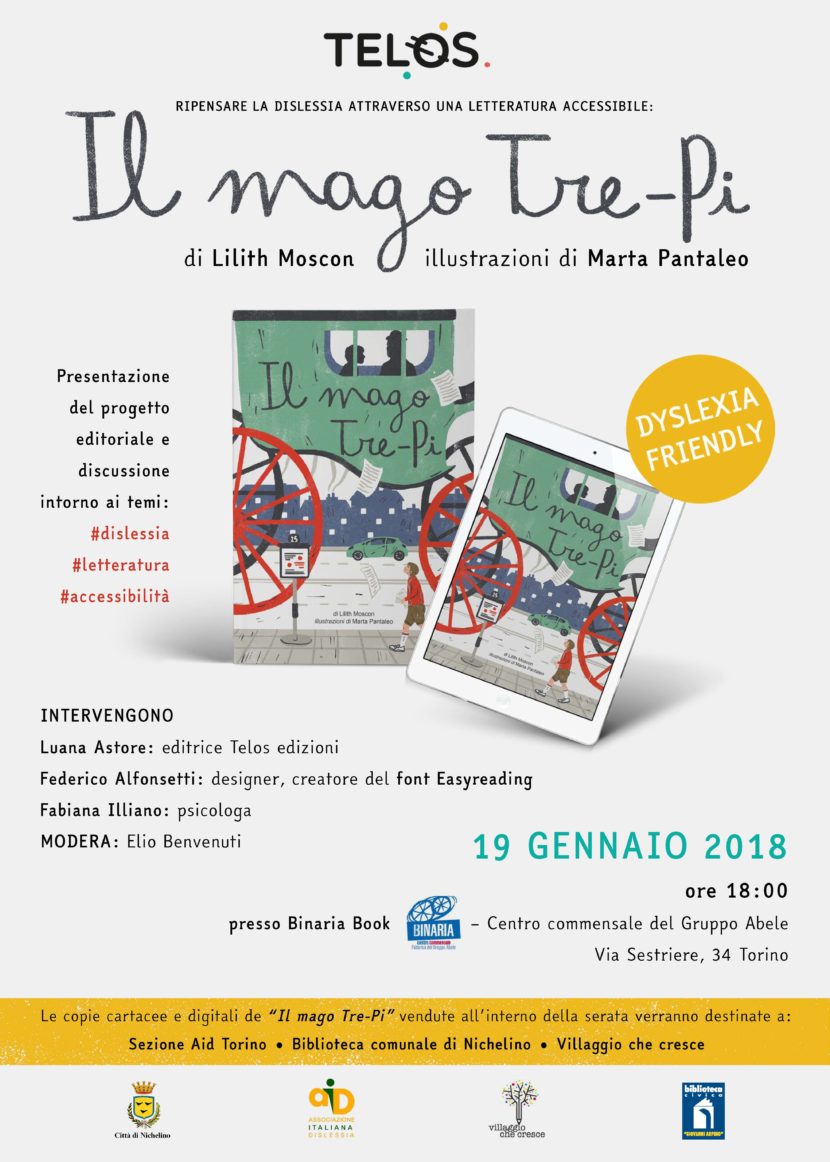 On 19 January 2018 at 18:00 hrs in the Binaria Book – Centro commensale del Gruppo Abele (Via Sestriere, 34 – Turin), the presentation will be held for the publishing project of Il mago Tre-Pi, or The magician Pitré in the English version (by Lilith Moscon, illustrations by Marta Pantaleo, Telos edizioni), a children’s book (recommended for 9+) in paper and digital format, which is accessible to dyslexic readers. The project is devoted to the right to and freedom of reading for all types of readers, especially dyslexic readers.

A discussion will be held on the issues of: “dyslexia”, “literature” and “accessibility”, involving the speakers: Luana Astore (publisher Telos edizioni), Federico Alfonsetti (designer, creator of the Easyreading font), Fabiana Illiano (psychologist and SLD tutor).
The contributions will be moderated by Elio Benvenuti. Copies sold during the evening will be donated to the Turin section of the Italian Dyslexia Association, the Civic library of Nichelino and to the structure in Turin which hosts foreign children “Villaggio che cresce” (The growing village).
The magician Pitré is a publishing project of the new publishing house, Telos, which unites two fundamental axes: A. Literature B. Instruments for reading accessibility.