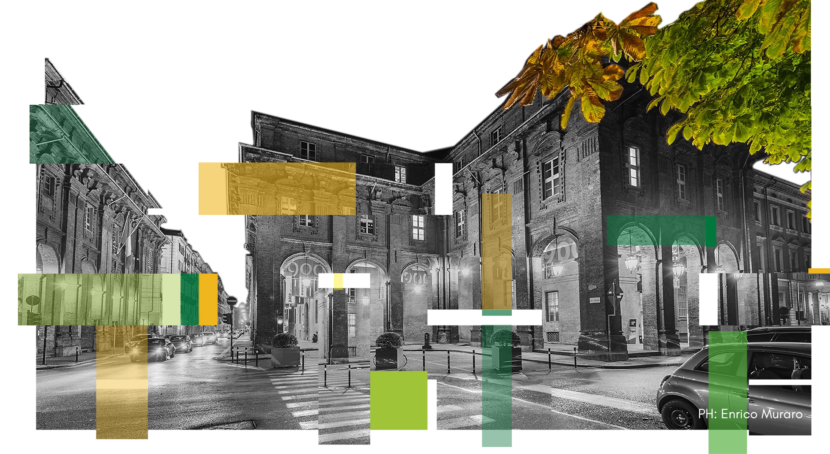 The Polo del ‘900 (20th Century Centre) has a new look: this cultural centre – which is located in the Juvarra Military Districts of Turin (Palazzo San Celso and Palazzo San Daniele) – where cultural contents are not experienced with a view to conservation but are enhanced through the practice of accessibility, opened up to experimentation with accessible solutions and has chosen the dyslexia free EasyReading font for both the highly accessible version of the website as well as for the hard copy communications that promote its activity.

The centre, open to the public and addressed above all to the new generations and new citizens, deals with topical issues, drawing on the experiences and skills of the various institutions working on the project, repositories of significant documentary sources, involved in research and in animation around the twentieth century and contemporaneity.

The designer Federico Alfonsetti is enthusiastic: “Very good news, an important step forward, especially since never as in the latter period has the cultural reality of Turin, linked to the world of information, to social aspects and to the performing arts, discovered EasyReading and decided to adopt it. Just think of the Teatro Regio of Turin, the Reggia di Venaria or Casa Oz. We had been on the market for some time and the distribution network abroad and in the rest of Italy worked very well, but here in Turin we struggled to transmit the importance and beauty of our font, of a project that, albeit commercial, came about with something more rooted and strong in its DNA. It wants to be useful and to do good. How many are able to set themselves such goals today? Finally, also the reality in which we live has discovered the real value of high legibility, moving towards a visual communication accessible by everyone“.

One of the members of the Polo del ‘900 team has dyslexia problems and so in the design of the new website he mentioned to us the possibility of choosing EasyReading. We met the director, Alessandro Bollo, to find out more.

Alessandro, what happens inside the Polo del ‘900?

“It is a multi-functional cultural centre where different things happen, a place that offers services, in an integrated form, that you would not find elsewhere. A museum, an exhibition space, 19 organisations, cultural institutions that are our guests, that work and implement projects, 9 km of archives and books. A space for use by citizens, open 365 days a year, from 9.00 am to 9.00 pm, completely free of charge and designed to give citizens the opportunity to read, study and explore issues of the 20th century linked to today. We talk about work, about Europe, about emancipation, about migration. A space that was missing, the only one of its kind at the national level and of which we find similar examples only in Europe“.

You have been in office for one year. Can we take stock?

“I have been in office since May 2017, during the first year of opening there was no director, we had to wait for legal recognition to proceed. I put together a working group, there are 15 of us now and I will be in office for three years with the possibility of extending the appointment for another three years, then that’s it, then we must change. The assessment can only be positive, we have done a lot of things if you consider that we started from zero, from a structure that was not there, as too there was not even one employee. Now there is a working group of young people, with an average age of 30/40 which, in addition to passion, has significant expertise. We are talking about marketing, target audience, integration to be implemented from the point of view of assets that have become digital over time. We have set up 9centRo, the platform that contains the cultural heritage of the partner institutions of the Polo del ‘900“.

“It’s a tool, created to bring together, generate interest and activate different audiences, facilitating accessibility to the cultural heritage, research activities, and dissemination and production of culture. An opportunity to acquire knowledge offered to scholars and citizens who love history. We are talking about over 100 thousand contents and an amazing job, lasting about two years, carried out by the institutions involved in order to align the information system. They too, the institutions, got involved, with cultural planning and involving schools. In one year we had 60,000 visitors, of whom 12,000 were youngsters from primary, middle and high schools. A very important catchment area for us and on which we are concentrating most of our efforts… after all, isn’t the future those youngsters? That’s where civic education begins“.

How do you promote the civic and cultural growth of citizens?

“That is the number one challenge that led to the creation of a space like ours. It is necessary to “enable” contexts of active and conscious growth in the new generations, spaces in which citizens are given the necessary tools in order to also understand the political scenario of the country today. People must get used to complexity, they cannot and must not limit themselves to first impressions; youngsters, the digital natives, must learn to check the sources and there are laboratories inside our centre where youngsters are told how to operate online without taking risks, without falling into stupid traps. They deal with concepts such as tolerance and diversity, the basis of civil life, developing and working on memory and reminding those who too easily forget that society and the rights that are recognised today are the result of choices and sacrifices of someone who came before us“.

How did you discover EasyReading and choose to use it for all your communication?

“We were looking for devices to guarantee maximum accessibility to our contents, to what we actually had to say, and that’s why there is so much attention to the issue of inclusion. Intentions that must be not only declared but above all actually perceived and implemented with the right tools. We discovered the research work done around EasyReading, a work that deeply testified to its usefulness and after seeing the graphic rendering we were convinced that this would be our font. I consider it a veritable enrichment. In the past we have worked on the design of content for special categories of people but never as in this case did we realise that our choice, linked to the communication, the visibility of the characters, the signage itself, would have benefited everyone, not only the dyslexic“.

Projects for the future.

“Some you cannot perceive, others are clearly visible. Within a year we want to create a bookshop, set up the internal courtyard for film projections, complete the work on the facades of the two buildings involved, turn the square into a pedestrian precinct and make the Polo del ‘900 even more visible to those who simply pass by. Working on the walls of our structure is a big goal. Then we want to launch a magazine that reinforces the website, the digital archive platform and, why not, attract new institutions to the centre, strengthen the educational talks“.

How can an institution, an organisation become part of your circuit?

“Since the outset, 19 institutions have joined but the foundation was created to be inclusive and we are defining a regulation that will be presented after the summer to ensure that new entities can join the Polo del ‘900; space will be given both to those who want to be physically resident in our structure, as well as to those who just want to be linked to us without moving their premises. Also the membership fee criteria and logic will be issued in line with these intentions“.

How much do you believe in digital?

“Very much. The renovation of the website has led to an important investment in this direction. A website that was radically redesigned after two years, also and above all thanks to Betwyll that coordinates our strategies and any technological solution we will adopt. Social media? They are very important, especially Facebook and Instagram, if we want to talk to young people, but we will also work more with YouTube. They make content accessible to the entire world. What more can you ask?“.